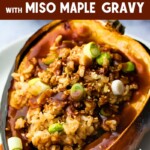 Impress your vegan and vegetarian guests with this beautiful Vegan Stuffed Squash with Miso Maple Gravy. The sweetness of the squash is balanced by the umami of the miso gravy, while edamame and green onion add colour and texture to the brown rice stuffing. Perfect as a vegan option at a holiday gathering or dinner party!

For many years, I was a vegetarian (and the only one in my family), so most of my holiday meals consisted of a big plate of side dishes. I’m not complaining. The food was delicious and I never went hungry, but there was one thing I really missed: gravy. I love gravy. There’s something about gravy on mashed potatoes that makes my tastebuds dance. But, poor me, usually the gravy was made with the turkey, so I couldn’t eat it.

If you have a vegan or vegetarian gravy lover coming to your holiday dinner (or maybe it’s for you?), look no further for a beautiful entrée. I’ve gone a little untraditional with the flavour profile for this dish, but the Japanese-inspired flavours just work so well with acorn squash.

For the squash you’ll need

For the filling you’ll need

How to Make Vegan Stuffed Squash with Miso Maple Gravy

Important tip for making this recipe

I want to pause here and encourage you to do one thing before you start: read the recipe from start to finish before you begin! This might be a Captain Obvious thing for many of you reading this, but I know a lot of people that dive in to cooking before reading the whole recipe. This recipe isn’t hard, but you’ll want to understand the timing of each element before you get started. Okay, PSA over. Now on to the recipe!

Step one: Prep the Squash & Bake 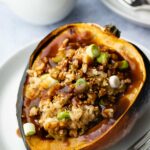 For the roasted squash

As an Amazon Associate I earn from qualifying purchases. 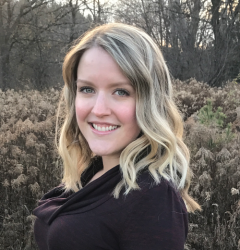 Follow Me
Laura Lawless, BASc
Laura is the creator behind The Recipe Well. She loves to cook and eat, but hates doing the dishes. She uses her nutrition degree to create easy recipes and meal prep strategies that will help you find your happy place in the kitchen.

Hey, I’m Laura. You’re in the right place if you need help getting dinner on the table, fast. Meet Laura →

Sign up to get recipes and meal prep ideas straight to your inbox.

We hate spam and promise not to send it. Unsubscribe at any time. 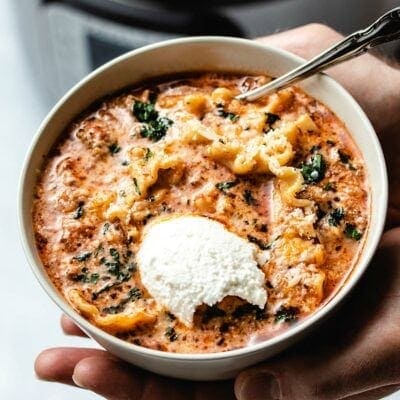 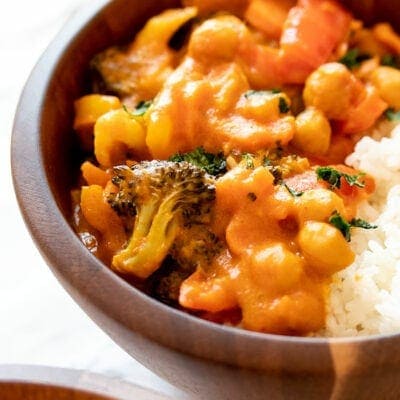 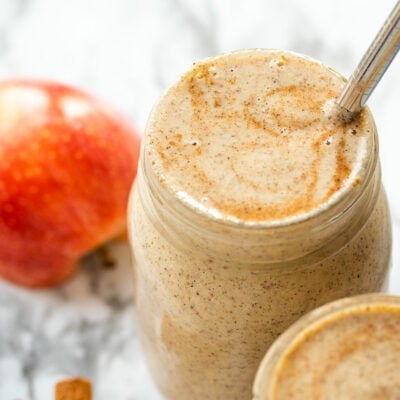