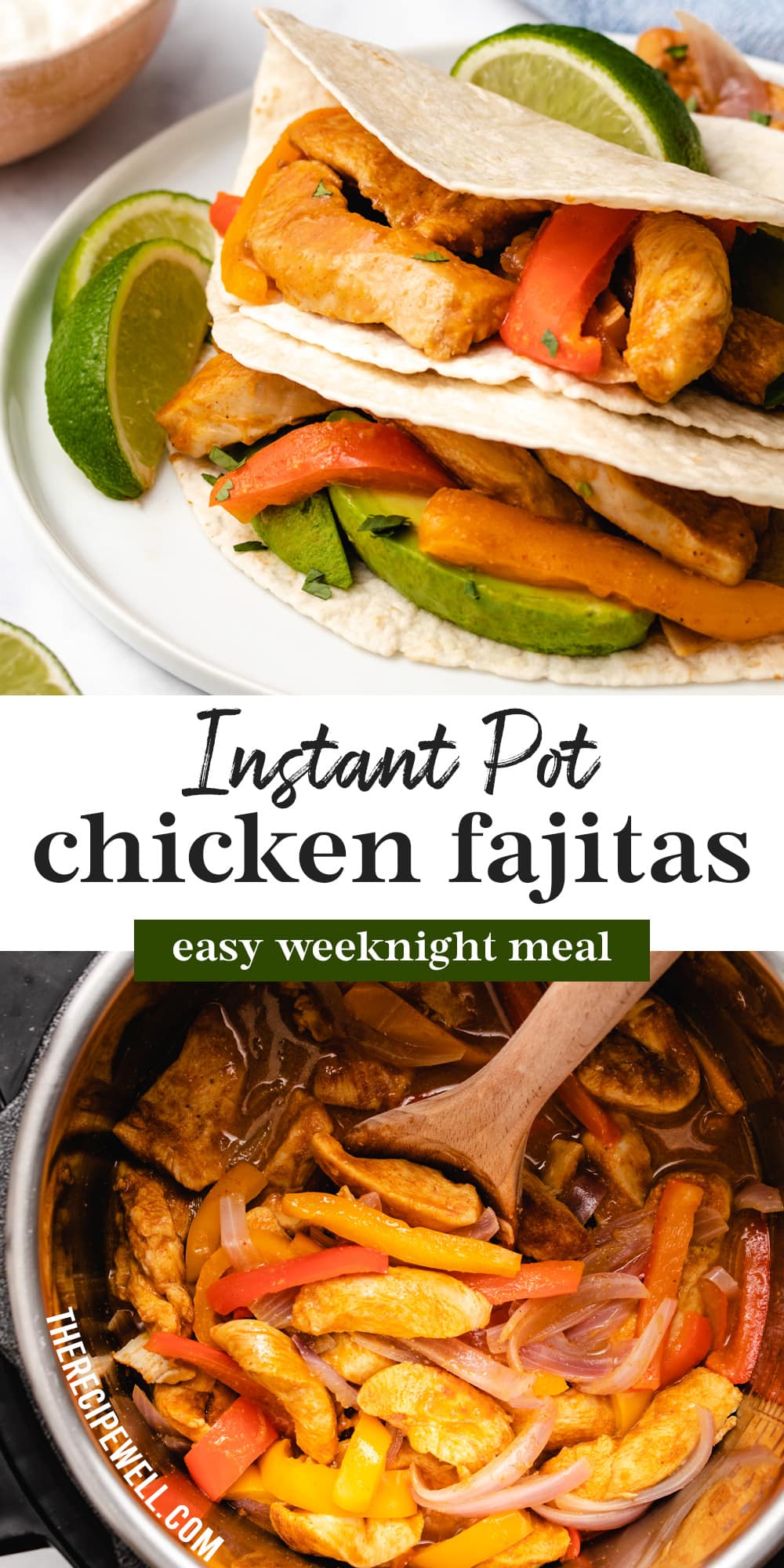 Instant Pot Chicken Fajitas are such an easy weeknight meal. Toss the chicken in the delicious spice mix, top with the peppers and onion and let the Instant Pot do the rest of the work. It’s sure to become a family favourite!

This recipe has been tested way more times than I’d like to admit (let’s just say we’ve eaten a lot of fajitas over the last little while). I wanted to find a method for making fajitas in the Instant Pot that didn’t completely dissolve the delicate peppers or result in a mixture that was too “soupy” and bland.

Get my top 5 tips for successful Instant Pot meals, every time.

By signing up you'll also receive our free weekly newsletter.

I tried pot-in-pot to solve the liquid issue, but it was hard to fit enough chicken in a nice layer in the inner pot, resulting in uneven cooking. In the end, I kept it simple by cooking everything right in the insert, but minimized added liquid and cook time to give the tastiest result.

Fair warning – the peppers will be on the soft side if you cook them in the Instant Pot. If you prefer crunchy peppers, I suggest sticking to stovetop or baked methods for fajitas. See all my tips for success toward the end of the post!

Below is an overview of ingredients and the steps to make fajitas. See the recipe card below for the detailed quantities and instructions!

In a pinch, you can use a packet of fajita seasoning. I do find that you need a little more seasoning in a pressure cooker to get big flavour, so I recommend making your own using the spices below. It’s worth the extra couple minutes of prep time!

First, mix together all the ingredients for the seasoning mix in a small bowl.

Layer the seasoned chicken in the bottom of the insert, then pour in the broth and lime juice. Layer the peppers and onion on top.

Close the lid, set the vent to sealing and pressure cook on High for 4 minutes. At the end of cooking time, quick release the pressure.

Give it all a stir and let the mixture rest for a few minutes for the sauce to thicken, if desired. Transfer the mixture to a serving bowl, leaving the excess liquid in the pot. Serve with your favourite garnishes.

Make your own spice mix. This seasoning mixture is super flavourful, so I highly recommend it over the store-bought packet.

Season the chicken in a separate bowl. If you mix the chicken with the seasoning in the pot, it can cause a burn warning (I speak from experience haha). I usually hate dirtying an extra bowl, but it’s worth it in this case!

Layer the chicken in straight pieces. If you care about having straight chicken pieces, place them in the Instant Pot that way. Whatever shape they’re in before cooking, will be the shape after cooking!

Don’t skip the added liquid. In an effort to reduce the “soupiness” of the final result, I tried many experiments, including pot-in-pot and no added liquid. You definitely need the quarter cup of extra liquid in an 8-quart model to avoid a burn warning and I recommend it for the 6-quart, to be safe. You don’t need more added liquid because the chicken, peppers and onion all release liquid while cooking.

Quick release. Normally, I like to let my chicken natural release for a bit, but in this recipe it would cause the peppers to get way too soft. Quick release is the way to go!

Give it a broil. If you prefer a crispier texture to your fajitas, you could carefully transfer the mixture to a baking sheet using a slotted spoon, top with some of cooking liquid, toss, then broil for 3-5 minutes. 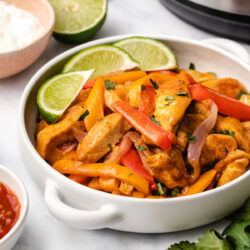 Laura Lawless, BASc
Instant Pot Chicken Fajitas are such an easy weeknight meal. Toss the chicken in the delicious spice mix, top with the peppers and onion and let the Instant Pot do the rest of the work. It's sure to become a family favourite!
5 from 3 votes
Print Pin Rate SaveSaved!
Servings 4
Calories 273
Prep Time 15 mins
Cook Time 4 mins
Inactive time 20 mins
Total Time 39 mins
Prevent your screen from going dark

If you enjoyed this recipe, please leave a review below!
I’d love to hear from you!

Creator of The Recipe Well

I love food and cooking, but hate doing the dishes. I use my nutrition degree to create easy, approachable recipes that will help you find your happy place in the kitchen. 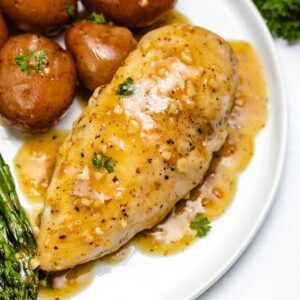 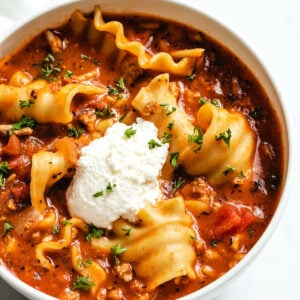 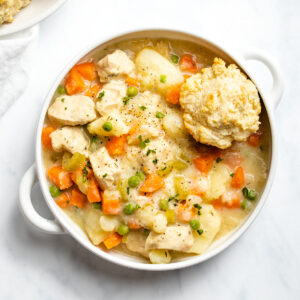